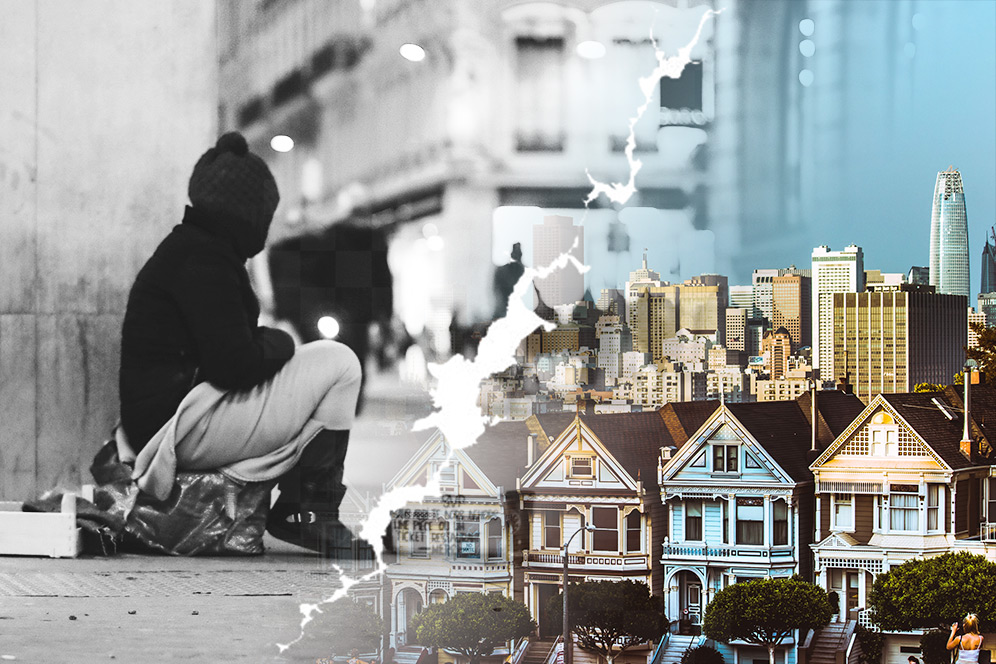 So... Why Go to San Francisco?

When I first encountered the streets of San Francisco I was confronted by the contrasting collision of 2 worlds: one of a buzzing centre of commercial and cultural sophistication; and another of a dark, vulnerable world of broken people filled with much homelessness. Everywhere were beautiful streets filled with many homeless and drug addicted people, young and old, searching for hope, home and identity. And little did I know that visiting this place would change my life so dramatically, that it would me to get ready to ‘pack up and move’ to the other side of the world!

One of the first questions people ask me is - “Why go to San Francisco when there is homelessness, juvenile injustice and sex trafficking on our own streets here in Melbourne? Why go all that way when you can empower change here?”

Well my first answer to that question is quite obvious, Papa God called my heart to go there - so I need to respond… but my second answer may be a little less obvious: San Francisco is one of the most influential cities in the world, therefore, if I can impact change in San Francisco I can influence the world! Let me tell you why...

It is a place of global influence and is the cutting edge of technology, fashion and culture. For example some of the worldwide influences to come out of this country is:

- It the most coveted place for new business entrepreneurs do it’s high venture capital funding
- It boasts the USA’a highest median household income
- It is one of the most highly educated cities
- it is the 2nd most artistic city in the US and is the centre of arts and culture
- It is also the highest number of Homosexual households in the US
- Everything that is creative and new technology - gets released into the world from San Francisco!

Despite being such an influential and entrepreneurial city - the homelessness and hopelessness is high.

- Homeless poverty rate is about 11.3%
- The average age of population is 38.5 years with 13.4% under 18
- 1 in 5 individuals in SF experience homelessness under 25
- 1 in 10 young people ages 12 to 25 will experience some form of homelessness in a given year.
- In 2015, the Task Force identified 499 known survivors of human trafficking in SF
- Agencies identified 122 victims of trafficking under the age of 18, including 118 survivors of commercial sexual exploitation.

"For the Christian, San Francisco is a paradox: a beautiful city blind to the Source of Beauty Himself.” (unknown)

In a world where music, film and technology is raising our children - I’m very passionate about empowering a transformation revival movement in the arts and media industry. And As a Creative I want to influence the very thing that is influencing our children the most - the arts. So it only makes sense that the Lord would call me to move to the 2nd most artistic city in the world, that happens to be the CENTRE of arts and culture and has such a high global reach! In this city of so much influence however, only 4% percent of the population have faith and attend church. That means 96% of the population are unreached! And THIS is the voice that is influencing our world and our children the most! THIS IS WHY I feel called to San Francisco! If we can influence San Francisco, we can influence the world!‍

Being someone whose 2 core passions are for the creative arts ministries and the justice movement, San Francisco perfectly captures the mission field that my heart burns for! On it’s streets are marginalised youth looking for a chance at a hopeful future - a community that can give them hope, love and speak destiny over them! And what a better way to do that than through the creative arts! I love creativity and I love people! I look forward to inspiring hope and destiny into the next generation of leaders in the city that is the centre of culture and arts!

So this is why I’m moving to San Francisco! If this inspires you, please consider partnering in this adventure by supporting this mission: